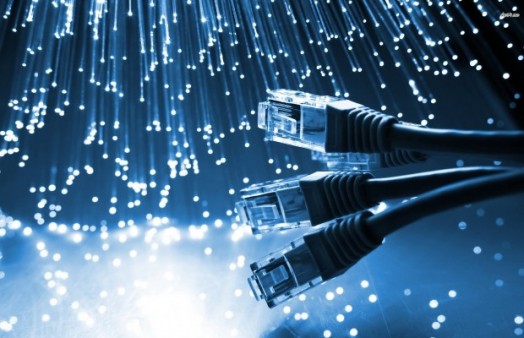 So what are the differences between networking speeds? Now while many companies advertise speeds measured in megabits, what does that really mean? In the past, people referred to speeds of 56K, just how fast is 56K or 28.8 anyway?

While this is hard to believe, but back in 1978 modems were running between 110 or 300 bits per second. Bits per second is the technical term is baud. The table below is not precisely accurate but gives a rough idea of how the speeds have been working their way upwards for the past few years.

In comparison, networking equipment that runs on your local network will run at 10,000,000 bits per second at least and it is becoming more common for these to be running at 100 million bits per second, also known as gigabit.

What exactly does this mean? Well, because a character is eight bits, the letter K represents 1024. In binary, a bit will be either 0 or 1. Because it takes 8 bits to make a single character, this is where you get 8 bits in a byte. Therefore a 28K modem is 1,024 times 28, or 28,672 bits per second. This is also called bps. Now divide the 28,672 by 8, & you have the maximum number of characters per second that the modem will transfer. This works out to 3,584 characters per second. This speed in the current world is very slow.

All right, now you are getting 3.5 thousand characters per second, if you have a 28K modem, right? Well, not exactly. First off, the quality of your phone line may drop that down significantly. What happens is your computer sends some data to the "internet"; it is received but there was an error, so the internet computer requests that the data be resent. The worse the quality (you can hear how bad it is by the amount of static you can hear when you listen on the line) the more times the data has to be resent, the slower the line.

On top of that, there is a certain amount of overhead associated with each connection. This is "handshaking", which means the modem is asking the internet computer if it got the data and the internet computer is responding "yes" or "no". There is also a certain amount of data to define what is being sent (an email or a web document or whatever) which eats into the line speed.

Even at the full potential speed of 20K from your 28.8K modem, there is overhead that keeps transmission from reaching the full potential. The internet has lots of things that have nothing to do with content. There are cookies, advertising banners, comments, web bugs, & amongs many other things inserted into your web experience. A typical advertising banner can be around 7.5K, which in our 20Kbps example requires several seconds to load to your machine.